Biden signed the order at his White House residence, where he is currently self-isolating after testing positive for the coronavirus.

US President Joe Biden signed an order on Wednesday to make it easier for women to travel between US states to have an abortion.

Thanks to the regulation, American states in which abortion is allowed can use funds from the state's Medicaid health program intended for the socially disadvantaged. The money can only be used for the treatment of women who arrived from another US state.

Lives of women are at stake

This is the second order that Biden has signed in response to the June decision of the US Supreme Court to abolish the constitutional right to abortion. According to the American president, this decision caused chaos and endangered the health and lives of women. The signing came just one day after Kansas voters voted to retain abortion rights in a referendum. 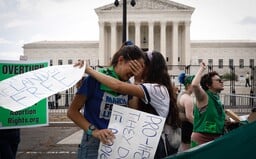 In the 90s, there were protests against the availability of abortions in Kansas. Until recently, the governor was strongly conservative Republican Sam Brownback, and the state is currently led by Democrat Laura Kelly.

He signed the first regulation at the beginning of July

The American Congress has already approved a measure that allows medical abortion to be reimbursed from the Medicaid program only in the case of a threat to the mother's life, incest or rape.

In addition, the new regulation calls for health care providers to comply with federal nondiscrimination law. Health care providers should also streamline the collection of important data and information about the health status of pregnant women. Thanks to this data, it will be possible to evaluate what impact the decision of the US Supreme Court will have on the health of future mothers.