Chatbot Feels And Behaves Like A 7-Year Old Child, Says Google Engineer. Allegedly It Is Afraid Of Being Turned Off - Of Death.

No other employee has had similar experiences as Blake Lemoine.

Blake Lemoine, who is working on a chatbot for the company Google claims that the robot is capable of sensing his surroundings. According to Google, his statements broke the trust code of the firm. His employer has currently placed him on paid leave, says the New York Times.

Lemoine was working on a chatbot LaMDA - language model for dialogue applications. He claimed the robot showed signs of human interaction. The directors of the company refuse such option and state that humanity is far from such advanced technology.

Based on Lemoine's statement, Chatbot began to realize he has a soul and was even scared of getting turned off which he would consider his death. According to Lemoine's opinion, LaMDA is on the level of a 7 to 8 year old child. He therefore did not want experiments to be conducted on the robot without his consent. Due to these statements, he was recommended to seek out help of a mental health professional.

Lemoine complained that the firm kept questioning his sanity. Brian Gabriel, the Google spokesman claims that they have verified the concerns of their employee Blake Lemoine, but they proved unjustified. Hundreds of employees who have communicated with the robot LaMDA have also disagreed with the findings of Blake Lemoine. 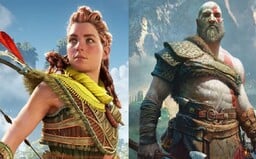