What Happens in Therapy Sessions? We Looked into the Process, What Questions to Expect and How to Find the Right Therapist.

"I'm not judging you, I'm just examining your 'dirty laundry' or shadow aspects," says Marcela "Marci" Hrapkova, who's experienced eight years of therapy herself - so she can also look at it through the eyes of a client.

"I go to therapy so I can deal with those who don't," popular meme says. Although exaggerated, this statement is not really all that far from the truth. Deciding to look for a psychologist does not make you insane, but a mature being who wants to understand themselves, have better relationships, and ultimately a better life.

Therapy is associated with various myths, mainly from American films, which are usually far from reality. In this article, together with the psychologist Marcela "Marci" Hrapkova, we'll guide you through the process of how therapy works and where to even start.

Are the "autumn blues" creeping in? With colder and darker days, the psyche tends to torment us a little more than usual, not to mention the increasing number of covid cases. We have therefore come up with a series of articles for you in which we'll focus on different topics related to mental health. Our goal is to help break the stigma that is still associated with this topic and to show you that whatever your problem is, there's always a solution.
Read also 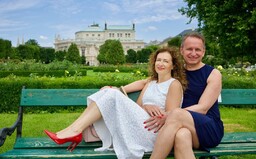 Would you marry the first person you meet?

If you're not part of the Love is Blind reality show, your answer is most likely "no". Same goes for choosing a therapist. According to psychologist Marci Hrapkova, you should be as picky as when choosing your lifelong partner. Even with the most attractive man / woman, you won't start a relationship right after the first date, but you'll take your time to get to know them better over the course of a few dates at least.

You also don't necessarily fall for the first one. Same goes for therapy - you can always part with the therapist and knock on someone else's door (pro is that they won't be hurt like your ex).

So how to find an expert who'll take care of your "inner garbage", as Marci says? The best, of course, is when you can get recommendations from your friends. However, not many people talk about how good of a cry they got in their therapy session in a pub. Therefore, general practitioner can be useful. They will definitely arrange someone for you, or you can check reviews online. Good old Google will get the job done.

If you have a real mental problem, do not hesitate to look up a psychologist - it is very possible that you won't get assigned to one right away. "A lot of people, especially those who go to therapy for the first time, have been hesitating for a very long time. And when they finally gain the courage, they are disappointed because the psychologist tells them that they have to wait a few months for an appointment, ” warns Marci.

A therapist also needs some time for mental hygiene, so there's usually about four to five sessions a day. "Every good psychologist has limited waiting times because of bigger demand. However, I do know a therapist who has a year-long wait. That doesn't make any sense to me. It's no longer emergency care, ” explains the psychologist.

What will you learn in the intro session?

The first meeting is rather informative. The psychologist will give you general information about how they operate and explain the rules of the therapeutic contract. "I would explain to the client how frequent therapy sessions are, and that it only works when it's regular, over long-term. How is it possible to cancel or postpone the appointment free of charge, and that I won't and can't tell anyone about their problems without their consent."

Short-term therapy lasts up to one year, long-term therapy can go on for several years. Set aside 45 minutes to an hour for a session, in exceptional cases an hour and a half (couple therapy for example). It's up to you how often you decide to visit a therapist - some just come twice a month, others twice a week. The price of a session is also individual - it can cost you 20 euros, or a hundred. The health insurance company only pays for 25 sessions, which may not be sufficient for everyone.
Read also 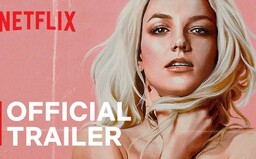 In addition, you explain to the psychologist what's bothering you, what you need, what you're having trouble with, and therefore what should be the "main topic" of the sessions. Very often, during the process of therapy it turns out that the initially described suffering is just a stepping stone and the real issue is hidden deep underneath the "shell". According to Marci, the basic problem reflects in multiple aspects of your life.

"It happens sometimes that a client comes to me with a work problem. However, after building some confidence, I find that underneath these problems are his feelings of inferiority, that he is taught to bow his head and that he's unable to stand up for himself, ” says Marci. "Or a client who's mad at her partner. In the end, it turned out that the a problem is in her and she's just projecting it on her other half. ” Therefore, the goal of therapy does not have to be predetermined at all - what you really need always comes to the surface.

Some psychologists start providing therapy at the introductory meeting already. At Marci's, you'll fill out an introductory questionnaire, where you get a chance to properly describe what's bothering you. "Not everyone is ready to tell a stranger their most intimate secrets at the first meeting. Someone would rather write it out than say it out loud right off the bat. There are about six questions that focus on what their story is, what bothers them, what traumatic events did they overcome and the like. That is my first medical record. ”

You won't be lying on the couch

In movies, therapy sessions are usually depicted as follows: person laying on an uncomfortable couch, staring at the ceiling in agony, while a serious looking psychologist sits above him with a notebook and a pen in his hand, asking him about his childhood. No wonder people hold back from therapy. In reality, this couldn't be further from reality.

"Normally you sit with psychologists. They only lay down with Freudians in psychoanalysis. That's why I call my practice a sitting room. The session is often reminiscent of a simple conversation between two people over coffee. Only difference being that the client gets my undivided attention, I focus on their problem the whole time, using my methods and techniques at the same time, ” Marci explains.

Every psychologist uses different techniques in their practice. Some are more "listening and accompanying", others will be more active in looking for specific causes and solutions. It only depends on which style suits you best. However, it's important that you feel that you are getting somewhere, that each session makes sense.

"Don't expect miracles or immediate change. However, you should feel that you are moving in the right direction. With some psychologists, you talk, you'll feel relieved for a while, but if it doesn't help you make a change, it's useless," the psychologist thinks. "I see it in zero waste terms. A good psychologist will show you how to stop producing (mental) garbage, not just to dump it in practice."

So how do you know if the therapy is successful? You can try asking yourself these four questions:

1. Do I feel like I'm getting ahead with every session?
2. Do I feel safe and well with my therapist?
3. Do I trust them?
4. Do I get answers to the questions that bother me?

However, even psychologists are no superhumans who don't ever get bothered by anything. Marcela Hrapkova was in therapy for eight years herself. She's had experience with three psychologists in total, so she can look at therapy through the eyes of a client as well. "That's why I'm in this profession - I've learned a lot on myself." 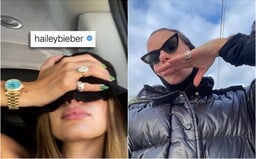 She says that she's had experience with someone who heard her, supported her, was nice, but in principle didn't help her. She didn't get rid of the problem she looked them up for, even after one and a half years of regular visits. Other solutions have helped later, and they weren't even the traditional psychological ones.

"I like to be active - often I just need to take a moment to perceive the client, ask them a few purposeful questions, and when I feel like I've heard enough, I start to intervene therapeutically. It's my sixth sense. However, the client also has a responsibility - if they feel that we're going in the wrong direction, then it is up to them to tell me and ask for what it is that they need. ”

"Let's take a look at all that dirty laundry."

It is very likely that handkerchiefs will be within reach when you visit a therapist. It may be quite funny at first, but you don't even know how, one simple question or one empathetic remark of a psychologist can be enough, and you'll be glad you have something to wipe your teary face with. This is perfectly normal, the emotions sometimes overwhelm the therapists themselves.

"Psychology is based on empathy. It has happened to me that I felt so sorry for someone that it brought tears to my eyes. It also helped me when my therapist sympathized with me. However, it doesn't happen that often to me. I've heard about everything and I can take the other person's pain," says Marci, adding that it wouldn't be okay if the client saw that she was unsettled and that their problem was beyond her. However, when it happens, she says it's okay to admit it. "I'm the one with the regulated nervous system and my goal is to calm the client."

You should forget about shame when you visit a psychologist. "Shame is an innate fear of authority - what someone who understands it will say about that. We are afraid of being judged and evaluated - because from an early age, someone has commented on our person, and that's how I understand the transfer of past experiences. "

As Marci says, a psychologist is not there to judge you, but to look at your "dirty laundry" or shadow aspects. "I don't judge, I'm rather curious and I look for the cause of your problem. When you understand why something is happening to you, you understand yourself better. Then it's easier for you to accept yourself and finally you'll start to even like yourself more.” 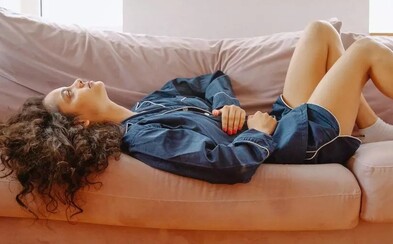 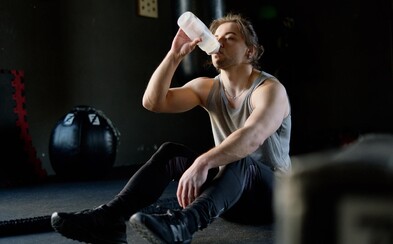 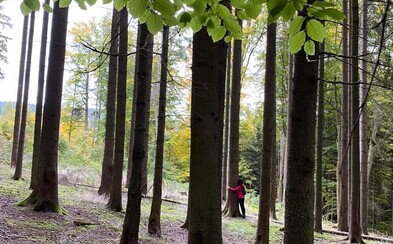 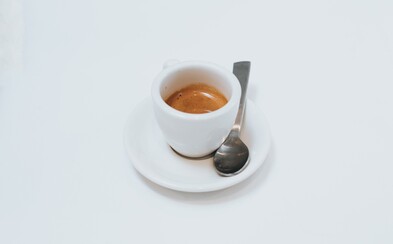