Boys Finish Quickly During First Sex, Girls Don't Finish At All. Debunking 5 Myths About Sex That We Need To Move On From

Is slapping in bed unacceptable and is it normal if it takes you a long time to finish?

We want to believe that myths based on incorrect knowledge of human anatomy have already died out. I'm sure you've heard some of them, and most of them are about girls:

In this article you will learn:

If a woman really wants you, she doesn't need lube or long foreplay, let alone toys

Usually this comment comes from impatient partners who don't understand (or don't want to understand) their partner's body.

Sexual dysfunctions are quite common. According to sexologist Dana Šediva, approximately 9% of women suffer from dyspareunia or algopareunia (unpleasant or painful sexual intercourse), another 2% have vaginismus (in which penetration is not possible due to muscle spasms).

"Women who are physically healthy suffer from them, but libido and the ability to orgasm can be preserved. The causes are mainly psychogenic - modulating influence of the past, character traits, partner problems, depression, fatigue syndrome. It can be a primary sexual dysfunction, which is present from the beginning of sexual life, or a secondary one - it arises only after a period of normal sexual reactivity."

So it is not something that a woman can "snap her fingers" and solve and it does not in any way reflect her feelings towards her partner. It doesn't even have to define the intensity of her desire, it's just that sometimes our bodies react differently than we want them to.

"In the case of some female sexual dysfunctions, such as libido or orgasm disorders, the assessment can be problematic, often it is only a slow eroticization of the woman. Female sexuality is more vulnerable due to past experiences, situational influences, stimulation technique and the quality of the partner relationship," the sexuality expert further explained. In her opinion, it mainly takes time and patience. 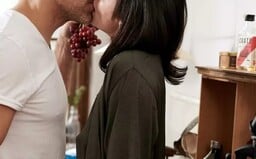 If a woman simply needs a specific type of stimulation or experiences sex better with lubricant, there is not much to think about. "Not everyone has the expected erogenous zones. Touches on the breasts, nipples, or testicles can be so disturbing for some that it kills the sexual atmosphere for them. It's good if individuals are aware of this and know how to communicate it to their partner." You don't even have to worry about the fact that a woman would ultimately enjoy foreplay with a toy more than sex with the person she loves.

Men experience an orgasm very early during the first sex, and girls not at all

The context of sex is important for both men and women. Mental state can contribute to a better experience of sex, but it can also complicate it, regardless of gender. But especially for women, the psychological state can mean the difference between a "good" and a "bad" experience of sex.

On the one hand, you can experience a relaxed atmosphere, have a great desire for sex and reach orgasm, on the other hand, if you are not in the right mood, your desire for sex can decrease or sex can be painful (for women). "The good news is that the psyche can be supported, for example, by using relaxation techniques, which, thanks to their simplicity, can be very effective with regular practice," added Pospíšilová. 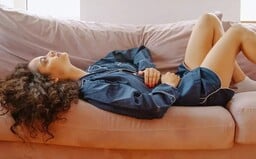 According to sexologist Dana Šediva, toys do not disturb intimacy between partners if they have agreed on their use in advance. "They're not going to replace a relationship, but they're also not going to break anything, regardless of gender," she told Refresher in an interview. According to her, toys are mainly about experimentation and self-discovery. The younger generation is especially open to them. Although it may not be pleasant to hear from an expert that you could try a toy, such a recommendation is often given to people with sexual dysfunctions.

For women, for example, it can be vaginismus (vaginal penetration is not possible due to muscle spasms), in men, difficulty with erection. "We try to take these couples through psychotherapy and teach them to try to use what today's times have to offer. We try to help people who can't help themselves. Where it will help survival and prevent partners from worrying and giving up on intimacy, we recommend sexual aids," says the expert.

Is slapping during sex unaccaptable under all circumstances?

"Sex can be anything that suits both partners and does not cause physical or psychological harm. Sadomasochism is a sexual deviation, it is a different innate sexual script. In the couple's sadomasochistic sexuality, it is not a real suffering, but an indicative one, a role-playing," the sexologist told us.

According to her, every person has a certain limit beyond which the sexual atmosphere ends. Even a submissive person needs to feel safe during sex, which is why it is important to agree on boundaries in advance. For some, it's unimaginable - talking in detail about what you can and can't do. For others, this will ensure a sense of security and safety.

"It always depends on the context. For some, slapping in bed is exciting and can enhance the overall sexual experience. For others, it is something unimaginable in connection with intimate activities," said psychologist Zdeňka Pospíšilová. According to her, a slap is fine if it is within agreed limits. These boundaries apply not only to physical activities (strangling, slapping, etc.), but also to verbal humiliation or role play.

The most important thing for good and safe sex is open communication.