Ecstasy During Running: The Phenomenon Of Runner's High Literally Drugs Your Brain. This Is The Fastest Way To Reach It

States of euphoria, the feeling of flying, and a rush of endless energy. The "runner's high" phenomenon can be compared to the effects of some drugs. It is so intense that it has also attracted the attention of scientists. We found out what was behind it

You're running. The first kilometers are a struggle. "I'll get there, I'll get there," you say to yourself as your sneakers hit the hard asphalt. You convince your lungs and heart to hold you for a while longer.

Finally, you run into the forest. You breathe a sigh of relief. Are you here. Your feet run along a narrow forest path, you jump over protruding roots, dodge tree branches and inhale fresh air.

At the fifth kilometer, you catch your second breath. The energetic music in your ears propels you forward and you start to feel like you're flying. It's as if the lungs have switched to a more powerful mode, it seems that breathing is not a problem at all. Euphoria and a feeling of weightlessness will drive you to a state where the surrounding world ceases to exist for you. You are not interested in the flashing images around you, you only see the road ahead and the only goal - to run. It doesn't matter where.

The euphoric state that we describe in the lines above is called runner's high. It happens during or after prolonged and intense physical activity, and it does not last very long. At the same time, only last year scientists found out how and why it actually arises.

Until recently, we would have explained these feelings without hesitation with the "kick of endorphins" that are released during every sport. It wouldn't be surprising - without these "natural opiates" we probably wouldn't even be able to enjoy a paycheck or a successful vacation.

The release of endorphins is the body's natural response to stress. These chemical substances even relieve pain in a similar way to morphine, and thus even demanding physical activity is much more bearable thanks to them. But something much more important plays a role in the case of delicious running intoxication.

It turned out that endorphins do not pass through the so-called blood-brain barrier, which is the barrier between the brain and the vascular system through which any molecule must pass to affect the brain. This means that endorphins cannot actually be directly linked to feelings of happiness.

Research conducted by German scientists from 2021 showed that intoxication from running is caused by substances that are very similar to cannabinoids - molecules that are also found in marijuana. Their name also refers to the molecularly similar active substance found in hemp - endocannabinoids (abbreviated as eCB).

These substances cause short-term psychoactive effects, serve as natural analgesics and at the same time stimulate the secretion of dopamine - a neurotransmitter that activates the reward and pleasure center in our brain. Dopamine motivates you to start a difficult task and at the same time rewards you when you see it through to a successful end.

The release of this chemical substance is also stimulated by, for example, the use of nicotine, heroin or cocaine. But the difference here is probably clear - fortunately, no avid runner has yet ended up in a drug addiction treatment facility.

Interestingly, this condition does not occur with every physical activity. According to some scientists, it stems from prehistoric times, when we needed eCB to survive, writes The Wall Street Journal. Our ancestors had to endure long hours chasing prey, and their bodies and minds had to figure out how to cope. In short, a walk, a very slow run or other light physical activity does not stress the body enough to turn on the eCB.

Euphoria even without endorphins

The theory of running intoxication arose in the 1970s, at the time of the beginning of "running mania", writes The Chicago Tribune. An estimated 25 million Americans took up running in the 1970s and 1980s, including President Jimmy Carter.

Scientific research also "started", thanks to which scientists discovered for the first time brain opiate receptors on the surfaces of nerve cells and subsequently the already mentioned endorphins, which were supposed to cause the famous bliss when running.

"Endorphins definitely increase during running. But not only those. About 37 other chemical compounds play a role in the overall symphony of running intoxication. There's a lot going on there," Georgetown's Candace Pert, author of Molecules of Emotion and one of the key researchers who mapped opiate receptors in the brain in the 1970s, said at the time.

The beginnings of the current research date back to 2012, when researchers from the University of Arizona first mentioned endocannabinoids in the context of running in a study. It turned out then that the dog's brain reacts similarly to ours. After a 30-minute endurance run, the concentration of eCB in the bloodstream of the dogs increased significantly. However, walking did not have this effect on them.

Further research from the University Medical Center Hamburg-Eppendorf from 2015 proved that the brain of mice also works in the same way. When they blocked the supply of endorphins to their brains and let them run on a treadmill, the mice still behaved agitatedly after the run. When they blocked endocannabinoids, they observed lower levels of anxiety in mice after physical activity.

The mystery was apparently solved only by last year's research published in the scientific database Science Direct, which was carried out by the aforementioned scientists from Hamburg-Eppendorf and the Health Center of the Johannes Gutenberg University. It was the first study of running intoxication that examined humans.

63 male and female runners participated in the research and were divided into two groups. One was given the drug naltrexone, which blocks opiate receptors and therefore prevents the supply of endorphins to their brain. The second group received a placebo. The researchers then checked both groups on a treadmill, where they first ran for 45 minutes and then walked for 45 minutes. 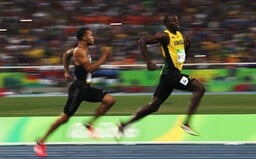 The researchers measured their blood chemistry before and after exercise, as well as their emotional state. Participants recorded their feelings on standardised anxiety scales. Most runners experienced euphoric feelings and reduced anxiety after their run, regardless of whether they received an endorphin-blocking drug or a placebo.

A key finding of this research was that both groups had increased levels of endocannabinoids after the run, just like dogs and mice. Considering that half of the participants were "deprived" of endorphins, feelings of happiness and euphoria appear to be induced by the marijuana-like molecule eCB.

The researchers in the study state that "endorphins do not play a significant role in the basic mechanism of running intoxication. Much better candidates are endocannabinoids”.

How to induce "runner's high"?

Not everyone can achieve a state of ecstasy while running. “Obviously, to get into a state of running intoxication, you should start running, especially long distances. The effects can only be felt after a few kilometers, although it is difficult to determine how long it takes for running high to set in," writes science journalist Gina Kolata for The New York Times.

Road Runner Sports recommends running either longer or faster. It is important to put your body in a sufficiently stressful state, but at the same time not to exceed the limit of your strength - ideally, stick to 70 to 85 percent of your maximum possible intensity. An excellent running music playlist will definitely help you.

But in reality, you may not need running shoes at all. David Linden, a professor of neuroscience at Johns Hopkins University, claims that a similar condition can also occur during cycling, swimming or strenuous hiking.

Although the feeling of bliss after running does not last very long, cardio training has many other, long-term and equally useful effects on your brain. According to neuroscientists, regular exercise has a significant antidepressant effect and reduces anxiety because it dulls the brain's response to physical and emotional stress. The result is not a constant feeling of euphoric intoxication, but a good mood and a higher ability to overcome obstacles.

Well, not only that. Have you noticed that you feel better after running or other intense training? Movement improves blood flow in the body and thereby increases cognitive activity. The good news is that it doesn't just take a moment.

Regular cardiovascular exercise contributes to the growth of new blood vessels that nourish the brain. Exercise also helps create new brain cells through a process called neurogenesis, which can improve our brain's performance.

Multiple studies have shown that long-term exercise is associated with a larger hippocampus, an area of ​​the brain associated with memory and learning. If you train more often than just the first two weeks of the year, you probably don't have a big problem with concentration and you can remember the name of a new colleague much more easily.

We should not forget the other benefits that exercise brings. For example, reducing the risk of cardiovascular diseases, improving the function of the immune system and metabolism, increasing lung capacity or strengthening muscles.

It is not for nothing that it is said that if there were a pill for (almost) all physical and mental ailments, it would be mixed with the same cocktail of chemicals that regular exercise produces.