Prestigious Study: In The Event Of A Total Nuclear War, Up To 75 Percent Of The World's Population Would Die Of Hunger

Scientists have calculated how much sun-blocking soot would enter the atmosphere from a firestorm caused by a nuclear explosion.

The experts considered six scenarios involving nuclear arsenals of various sizes, five of which were based on smaller conflicts between India and Pakistan and one based on a war between the United States and Russia.

75 percent of the population would starve to death

In a peer-reviewed study published in connection with the ongoing war in Ukraine, climatologists from the American Rutgers University found that the consequences of such a conflict would be catastrophic for food production.

Even the smallest scenario caused famine, with global average caloric output falling by seven percent within five years of the conflict.

In the worst-case scenario — an all-out nuclear conflict — global average calorie production would drop by about 90 percent in the three to four years after the fighting ends, the researchers say.

A huge drop in crop yields would cause billions of people - 75 percent of the world's population - to starve to death within two years, a news station reported on Monday Sky News. 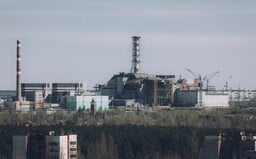 "These data tell us one thing: we need to prevent nuclear war from ever happening," said one of the study's authors, Professor Alan Roebuck.

According to UN Secretary-General António Guterres, this warning comes at a time when "humanity is only one misunderstanding, one miscalculation, away from nuclear annihilation."