The police still did not confirm the presence of the remains of the Brazilian anthropologist.

The Brazilian Federal Police announced that, thanks to forensic analysis, they officially identified the physical remains of the British journalist Dom Phillips. 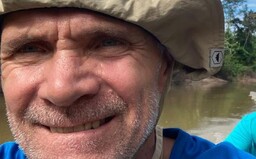 His body was buried in the Amazon forest after he disappeared, along with Brazilian anthropologist Bruno Pereiro during the expedition to the Javari Valley, Amazonas.

The Brazilian police are still working to identify all the remains, as it assumes that there may also be the remains of Pereir. Both men were preparing a report on South American Indian tribes and were last seen alive on Sunday, June 5, when they sailed on the Itaguai River.

Brazilian police say human remains found in Amazon forest are confirmed to be those of British journalist Dom Phillips https://t.co/iB7stIhlQw

The violent death began to be the subject of speculation when the police discovered men's personal belongings near the house of fisherman Amarilda da Costa de Oliveir. He had confess to the murder and brought the cops to the improvised fresh grave. In connection with the dramatic disappearance of the couple, in addition to de Oliveir, his brother Oseney was detained.

In the remote Brazilian region, shootings between hunters, fishermen and members of government security forces are not uncommon. It is also the main route for the transport of cocaine produced on the Peruvian side of the state borders, which is then smuggled into Brazil to supply cities there or transported to Europe.