TOP 10: Songs That Made Harry Styles A Pop Music Icon

The twenty-eight-year-old performer has a rich collection of songs to his name, reminiscent of the work of the seventies, sweet radio hits and magnificent melodies full of emotions.

British singer Harry Styles released his first solo track Sign of the Times in 2017 and has been among the stars of the music industry ever since. He has many great singles and three albums to his name, thanks to which he proved that he is no longer just the sweet boy from One Direction.

The 28-year-old from Redditch is a popular music icon with a huge impact on the younger generation. At the same time, opinions on Styles are quite different. Show business sees him as a beacon in the fight against gender norms and toxic masculinity – his extravagant outfits, dominated by high-waisted bell-bottom pants and woolen sweaters with fruit patterns from the workshops of the fashion house Gucci, pearl necklaces and painted nails are just as hard to get out of your head as his hits.

He draws musical inspiration from various genres and from more experienced colleagues in the industry, such as Peter Gabriel, Shania Twain or Lizzo. The work of Harry Styles is not only about sweet hits like Watermelon Sugar, but also offers serious songs that get under your skin.

Styles' journey from early stardom on the X-Factor with One Direction to solo gigs at Wembley Stadium is testament to his determination to go far in music. These are the 10 songs that made Harry Styles a pop music icon.

The views presented in this article are not the opinions of the entire editorial team.

We start the selection with the song Keep Driving from the latest album Harry's House, which saw the light of day on May 20 of this year. Over the course of 2 minutes and 20 seconds, Styles showcased his buttery smooth voice combined with snippets of his memories of silly party events and blissful moments. Gone are the days of simple heartbreak and vague hints of oral sex.

All of this is accompanied by smooth synths, which is why Keep Driving rotates through our playlists every day.

The song Cherry is equally beautiful and somber. It is a confession of jealousy and longing for an old love, which the British singer misses, confirmed by the part: "I still miss your accent and your friends / Did you know I still talk to them?" Styles dedicated the text to his former partner Camille Row, whose vocal part messages in French are heard at the end of the song. The song is on the Fine Line album, and from our point of view, it's a sing in which you can feel the singer's vulnerability the most.

A sweet summer hit, that everyone who listens to the radio at least while driving to work knows. Watermelon Sugar has been on the air for more than two years, but it's still relevant, thanks in large part to its heady groovy melody and opening lines: "Tastes like strawberries on a summer evening / And it sounds just like a song."

Interestingly, the song Watermelon Sugar was almost cut from the Fine Line album. It ended up being Styles' first song to top the Billboard 200.

Ever Since New York

The song Ever Since New York is from the British artist's debut album and is about the feeling of separation. Many fans believe the song is about Styles' stepfather who died of cancer. But the open text allows the listeners to find their own meaning of the words in this story full of emotions.

Ever Since New York is in the shadow of more striking songs, but it is also worth listening to thanks to the distinctive rhythm of the drums in cooperation with the gentle guitar.

The song Golden has two different faces - on the one hand, it is a wave of sunny pop with positive energy, and on the other, it is depressing, as evidenced by the following verses: "I'm hopeless, broken / So you wait for me in the sky."

You can find the song Golden on the Fine Line album from 2019 and don't forget the video clip in which Styles showed off his fashion sense and charm. From our point of view, this is one of the singer's most important recordings, which, to a large extent, shaped his career.

Matilda is the emotional core of the Harry's House album, in which Styles softly sang a message to a close friend who is dealing with psychological difficulties caused by childhood neglect. The atmosphere of the song is complemented by the acoustic string accompaniment by Blood Orange.

The song As It Was came into the world with a silver spoon in its mouth and became a number one hit before it was even placed on streaming platforms.

As It Was is a first look at the singer's latest era, in which the 28-year-old Styles dives deep into his own reflections and thinks out loud about the exhaustion caused by a lack of love and too much fame.

Love is the strongest drug and Styles knows that. "She" is a crazy six-minute ride with the singer's spine-tingling falsettos.

The ambiguity of the song's story has never been clarified by the artist himself, but listener theories range from She being a meditation on gender identity, to a person longing for infidelity, to perhaps just a sex-filled odyssey.

The single Lights Up was the first ever taste from the album Fine Line and represents a perfect flight into the pop future, which is carried in the spirit of an endless night disco. The whole song is full of doubt and fear, but at the same time it is a boisterous pop celebration.

"I think Lights Up came at the end of a long period of self-reflection and self-acceptance," Styles told Rolling Stone magazine.

Sign of the Times was the first single that Styles released after the breakup of One Direction. The song is built on three chords and is not a pop hit, but an almost six-minute epic about love and death, which combines elements of Elton John's work with a magnificent atmosphere.

Sign of the Times is about a mother dying in childbirth who leaves a message to her offspring: "Go forth and conquer." 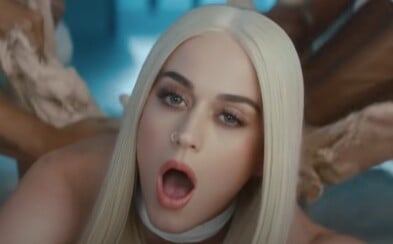 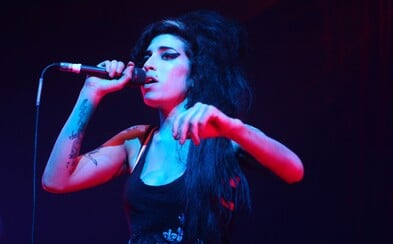