Screenwriters Of Deadpool 3 Revealed That Disney Let Them Mock Marvel And Their Movies.

The creators of the anticipated movie Deadpool 3 talked about their cooperation with Disney studios.

Deadpool 3 is an anticipated comics movie from the creators of the first two parts. Currently, the script is still in the making, but the audience fears it will be censored. When Disney bought the film studio 20th Century Fox where the first two parts of Deadpool were made, fans feared that Deadpool will become a kids movie. The first two parts were bloody, full of swearwords and had an R-rating - for adults.

Disney produces movies for families and children and even their comics movies from their subsidiary Marvel are for teenagers. Luckily, the screenwriters and creators of Deadpool Rhett Reese and Paul Wernick confirmed that the audience does not have to fear anything. 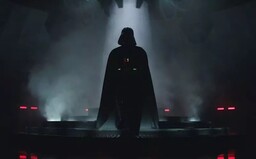 The screenwriters claim that Disney studio fully supports them and is not trying to change the identity of the movies. They may have some comments on occasion in regards to exaggerated jokes but it does not happen often and the creators feel their support to make a movie they want to make. The CEO of Marvel studios has confirmed in the past that Deadpool 3 will have an R-rating similarly to the first two parts.

We still have no idea when the movie will get to the theatres. We also know nothing about the plot and how the character will fit into the Marvel universe. The film will be directed by Shawn Levy who last worked with the actor Ryan Reynolds (Deadpool) on the action sci-fi film The Adam Project for the streaming service Netflix.